The City of Pomona

The City of Pomona

Pomona California is the seventh largest city in Los Angeles county, anchoring the eastern edge of the county with a population of over 151,000 residents. Founded in 1888, the city emerged as a center of agricultural activity in the early part of the 20th century, developed into a manufacturing mecca after World War II, and a center of migration over the past 40 years. Located at the confluence of four major freeways and the intersection of the San Gabriel Valley and the Inland Empire, the city possesses several key assets as well as challenges that make it a vibrant community rich with opportunity.

The Economic Engine of the Pomona Valley 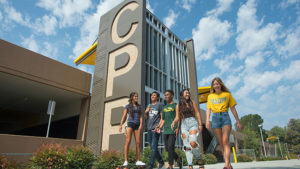 Since its founding as an agricultural community and its emergence as a manufacturing center, Pomona has been a hub of economic activity in eastern Los Angeles County. Today the city’s economy revolves around four key  sectors that employ tens of thousands and infuse millions of dollars into the local economy on an annual basis in the form of revenue and salaries of workers: education, health care, wholesale trade, and manufacturing. In addition, the city’s thriving arts and entertainment industries have established Pomona as a premier cultural venue. Numerous concerts at venues throughout the City as well as the monthly Art Walk in Downtown Pomona highlight the importance that the arts hold in the community. 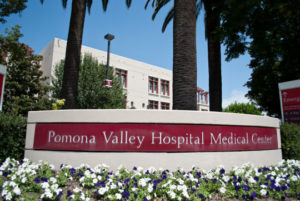 Spirit of engagement from the community 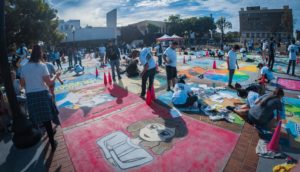 Pomona has a rich history of community involvement, particularly in recent years. Numerous community-based organizations call the city home, advocating for better education for their children, improved public health, a cleaner environment, safe streets, and justice for those who have been marginalized. These organizations their activities are a major asset to the community, and a defining characteristic of life in Pomona.

Despite these assets, Pomona faces tremendous challenges just like every other community. These challenges provide a focus for progressive action.

Pomona residents are exposed to some of the highest cumulative pollution burdens in the state, stemming primarily from air pollution generated by southern California’s transportation network. The freeways that make the city such an attractive location for business, expose residents to harmful particulate matter, ozone, and other pollutants that threaten public health in our community. 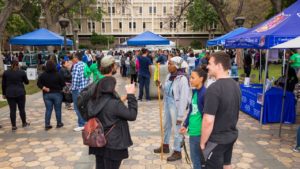 Pomona’s workers disproportionately serve in essential sectors such as health care, construction and education. These workers often have incomes below the county average, and many support households that live below the poverty line. Limited resources, combined with linguistic isolation and inadequate health care present challenges for many families who face rising rent and costs of living, with limited opportunities for economic advancement.

Pomona is a community that has been historically underrepresented in regional, state, and national decision-making, due in part to its location at the extreme eastern edge of the county, in part to its demographics, and to the absence of strong leadership. The result has been a lack of voice in decisions that affect Pomona families.

These assets and challenges motivate Mayor Sandoval in his service to Pomona, as he leverages the ways in which Pomona has always served as a regional anchor that serves more than itself, while addressing fundamental challenges facing residents and businesses.

Mayor Tim Sandoval is at City of Pomona - City Hall.

Please join us this Friday at 4:00 pm at City Hall in support of our Asian American and Pacific Islander Brothers and Sisters. ... See MoreSee Less

Metro is hiring up to 800 bus operators! Pay starts at $16.90 per hour and goes up to $26.01 per hour. Benefits include PTO, medical/dental/vision, retirement plans, and tuition reimbursement.