2017 Mayoral Appointed Commissioners for the City of Pomona

Board of Library Trustees 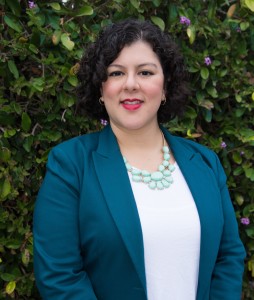 Nora Garcia has been a proud Pomona resident for over 27 years. The daughter of Mexican immigrants, turned U.S. citizens, she is an educator and community advocate. Nora attended San Jose Elementary, Emerson Middle School, and graduated from Pomona High School in 2004 as an AP Scholar with Honors. Nora enrolled in Saint Mary’s College of California in the fall of 2004. While at Saint Mary’s Nora interned for Congresswoman Ellen Tauscher and studied abroad in Oxford, England. Throughout her years at Saint Mary’s, Nora worked in the Saint Mary’s College Library. She began as a circulation desk assistant then as senior circulation desk assistant, and finished her work there as a cataloging assistant. She was also appointed to several of the College’s committees including the Academic Senate Library Committee, where she helped determine library policy and the hiring of library faculty and staff

In 2012, after receiving a BA in English, a teaching credential, and two masters degrees from Saint Mary’s, Nora returned to Pomona to be closer to her family. Since her return, Nora has participated in the Save Our Pomona Public Library and the One Pomona campaigns as well as the Friends of the Pomona Public Library, serving as the FOPPL treasurer since 2015. Nora fondly remembers participating in the library’s Summer Reading Program and firmly believes that a city benefits greatly from having a strong and well-funded Library. She looks forward to serving the Pomona community by improving and strengthening one of its best resources: the public library, where she herself learned the value of a strong community and a good education, and hopes that future generations will learn these values as well. 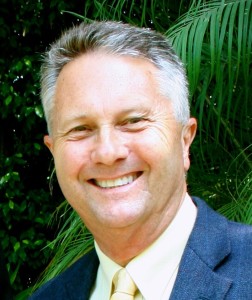 Steve Lustro has been a Pomona resident for 34 years (District 5). He and his wife Sharon have two adult children, both educated in Pomona schools. He served as a Governing Board Member of the Pomona Unified School District from 1997 through 2005 and in 2008-2009. He was a member of the Diamond Ranch High School Steering Committee (1993-1997), City of Pomona Planning Commission (1991-1997), Unit Board Member of Ranch Hills PTA (1990-1994), and served on the Decker Elementary School Site Council (1984-1987). He was also a member and Recording Secretary of the Design and Construction Committee for the Pomona Valley Habitat for Humanity from 2007 through 2016.

Steve retired as Community Development Director for the City of Montclair in April 2016, after a 25-year career in Community Development with the cities of Montclair and Claremont. He holds a Bachelor of Science degree in Urban and Regional Planning from Cal Poly Pomona, and is a member of the American Institute of Certified Planners and the American Planning Association. 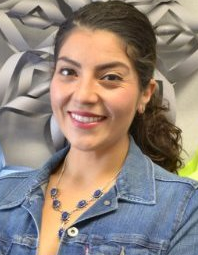 Adriana Pinedo is a Pomona native working to improve the quality of life for our City’s residents. As a student leader at Garey High School, Adriana was the first ASB president to serve two terms, and in her senior year, she served as  Student Representative for the Pomona Unified School District’s School Board. Upon graduating, she pursued a Bachelors Degree in Business Administration at Cal Poly Pomona and had the opportunity of attending the Leibniz Universitat Hanover, in Germany where she studied economics and marketing. As a college student, Adriana was hired as a Community Liaison at the Center for Community Service-Learning of Cal Poly Pomona, now known as the Center for Community Engagement, and held the position of Youth Co-chair of the Youth and Family Master Plan for the city of Pomona.

After receiving her bachelor’s, Adriana was one of 20 students accepted into the UCLA Student Leadership Academy where she interned with Waterhouse Workers United across the Inland Empire educating workers on their rights and fighting to improve working conditions. In early 2012, Adriana joined the Day One team and is now the Prevention Director for the Pomona office. Day One’s mission to create vibrant communities and engage young people is what Adriana is most passionate about and will continue to do as a Community Life Commissioner. 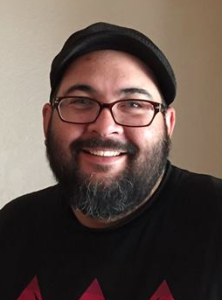 Joshua Swodeck is an advocate for Arts Education and Community. He serves on the Pomona Council of PTAs as Art Education Chair, as well as PTA Unit Board at  Lincoln Elementary, working alongside Arts for LA and Arts for All. He actively supports local seasoned and emerging artists through his community gallery, LOFTon2nd, and throughout the Pomona Arts Colony. He has served with the National Endowment for the Arts on the Art Works: Multidisciplinary and Folk Arts Education panel. He is an Arts Committee Member with Millard Sheets Art Center and is a Committee Member of the LA County Fair Pomona Community Committee.

He supports artists, musicians, businesses, and non-profits through Brand Storytelling, Strategic Marketing and Creative Design throughout the world. His work experience also includes positions as Art Director, Creative Director and Graphic Designer. Together, with his wife, Chara, and two children, they are committed to stimulating creative innovation, as well as celebrating the rich culture throughout this community. Joshua and his family have lived in Pomona for over 13 years.

Ann Tomkins was born in Anchorage, Alaska and was raised in Seattle, Washington and Ventura, California. She received a Bachelor’s degree in Business Administration from Seattle University and a Juris Doctor from UCLA Law School. After graduating from UCLA, she worked for two law firms in Los Angeles specializing in corporate and banking law before working in-house for several financial institutions in the Los Angeles area.

While Ann was transitioning from practicing law to real estate investing, she stumbled across the Lincoln Park Historic District and fell in love with the beautiful old homes. She purchased a 1921 Spanish Eclectic style home in Lincoln Park in 2000 and has joined with others in the City to restore and care for these old treasures that are part of the history of Pomona. She has recently served on the Homeless Advisory Committee and looks forward to helping preserve the historic properties in Pomona by serving on the Historic Preservation Commission. 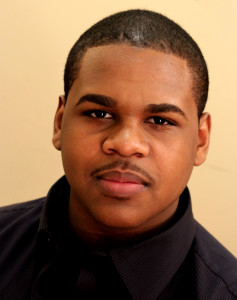 Chris Brown is born and raised in Pomona. He attended Union College in New York, majoring in English. He currently works at Bright Prospect as Program Coordinator, working specifically with high school seniors. Since college, he has been actively involved in community politics. The parks were a major part of my childhood and our children and families deserve a safe and beautiful space to play, relax, and have fun. 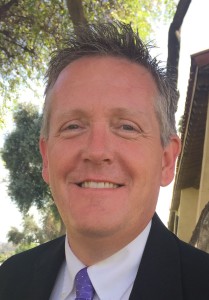 Kyle D. Brown, PhD, ASLA, has been a Pomona resident since 2004.  Dr. Brown serves as Director of the Lyle Center for Regenerative Studies and a Professor in College of Environmental Design at Cal Poly Pomona University, with expertise in environmental policy, community participation, economic development, and municipal planning.

He holds a PhD in planning as well as degrees in landscape architecture, and has served as a planning consultant for a number of municipalities and universities across the country.

To learn more about City of Pomona Commissions, visit the City’s website.

With reopening, Pomona Public Library is back in circulation

▪️Incoming 4th to 6th graders; we encourage Pomona residents to join us!